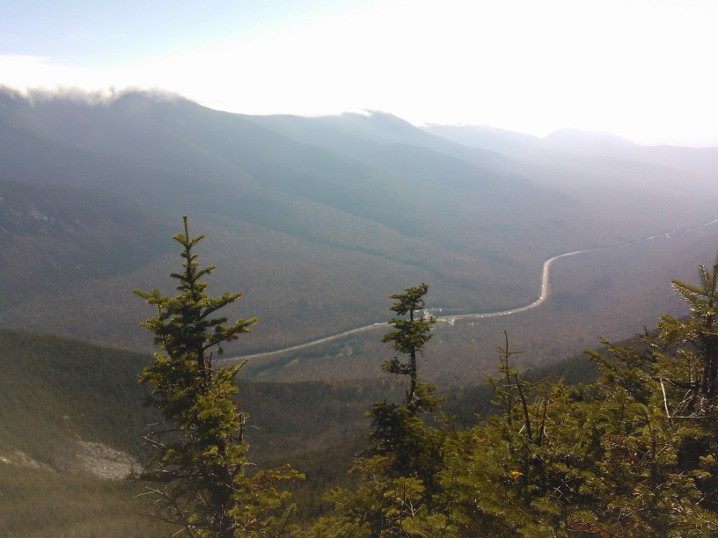 Purpose: the purpose of this message is to ignite a Living Hope of abundant life beyond the here and now through genuine faith in Christ.

One of the gifts I treasured from my maternal grandmother was her boundless capacity for seeing beyond the here and now. “Do you see the mountains on the horizon, Stevie?” she once asked.

“Do you see a second, bluish range of mountains beyond the first?”

“Well, I can see a third, pinkish range of mountains beyond that, and they are ever so glorious!”

I wonder sometimes if we are so accustomed to the rhythms of the annual ‘Advent/Christmas’ and ‘Lent/Easter’ cycles that we fail to appreciate how game-changing they are. How extraordinary it was for the divine to be cradled by the arms of a human mother! How did we jump from, ‘all who touch the Ark of the Covenant will die,’ to, ‘the Word became flesh and dwelt among us?’ And how extraordinary it was for the punctuation period of death to be replaced by a semi-colon, as in, ‘He was crucified, dead and buried; the third day he rose from the dead!’ How did we jump from, ‘a time to be born, a time to die’ to, ‘a time to live again?’ The difference is the gospel itself!

For those with a genuine faith, one that is honest and authentic, there is a Living Hope ignited by the Easter miracle. Death is not the final word, not even close. In Christ, we have ‘a pure and enduring inheritance that cannot perish, kept safe for us in heaven.’ (I Peter 1:4) In other words: there’s more, there’s more. And because there’s more, the life we now live is lived differently–expansively, persistently, and with greater compassion. As the Canadian preacher of Prince Edward Island, John Sutherland Bennell, used to say, “What a man believes about immortality will color his thinking in every area of life.”

When the Risen Jesus says to Thomas, “Happy are those who don’t see and yet believe,” we are quick to imagine that he is talking about us, all who trust in him since the time of his ascension into heaven. He IS talking about us, but not just us. He is also talking about all who trusted God’s word before his walking presence on earth. He has in view a grace which extends backward as much as it does forward. The Living Easter Hope embraces Abraham, Job, Ruth, and King David, just as it does John Wesley, Mother Theresa, you and me.

In his stellar Pentecost message, Peter spoke to this when he observed, “Having seen this prophetically, David spoke about the resurrection of Christ, that he wasn’t abandoned to the grave, nor did his body experience decay.” David’s Living Hope carried the same fiber as our Living Hope, and it inspires us to meet the challenges of our generation just as David engaged the challenges of his. The Risen Jesus, seated on David’s throne, opens doors, hearts and minds for every generation from the foundation of the world. Those listening to Peter found his observation compelling, for over 3,000 were baptized into the faith on that day. They had discovered, there’s more, there’s more.

Now let us turn to the gospel of John to read about Thomas’ encounter with the Risen Jesus. Read John 20:19-31.

I ask you to notice two things: first, in both appearances of Jesus, the disciples are sheltering in place behind locked doors, and second, the other ten disciples receive the same ‘proof’ that Thomas does, namely, Jesus showed them his hands and side. They will not emerge from their self-imposed quarantine until they have been ‘clothed with power from on high,’ that is, filled with the Holy Spirit. But once they are empowered, their faith will compel them to do the very works of healing, proclamation and deliverance which Jesus was noted for doing.

Thomas is not with the others who encounter the resurrected Jesus. When they tell him of their encounter, he responds, “Unless I see the nail marks in his hands, put my finger in the wounds left by the nails, and put my hand into his side, I won’t believe.” Because of this skepticism, history branded him ‘Doubting Thomas,’ but the truth is almost all of us would have been equally skeptical. “Rising from the dead? From crucifixion, no less? You’ve got to be kidding.” His reluctance to believe mirrors our own.

“My Lord and my God!” Thomas replies, with genuine belief. In that instant, he discovers, there’s more, there’s more. If the traditional reports are accurate, his genuine faith and Living Hope will carry him to India where he will establish churches before the day when he, too, is martyred for his faith.

We may not physically encounter the Risen Christ as Thomas and the other disciples did, though spiritually we do when receiving communion, but like David, we look through time and trust God’s word: “The Spirit of God, who raised Jesus from the dead, lives in you. And just as God raised Christ Jesus from the dead, he will give life to your mortal bodies by this same Spirit living in you.” (Romans 8:11) This Living Hope of David, and Jesus, and Thomas, becomes our Living Hope, too, and born anew as an Easter people, we also discover, there’s more, ever so much more!

If we believe in Easter immortality, how might that shape our thinking and response to the COVID-19 pandemic? What sort of Easter miracle might emerge from our own global encounter with life’s contemporary challenges? I ask you to consider the story of a modern-day Thomas, Captain Tom Moore, brought to my attention by David MacMahon.

Captain Moore, 99, originally from Keighley in West Yorkshire, UK, trained as a civil engineer before enlisting in the Army for World War II, serving in India and Mayanmar, also known as Burma. Filled with Easter at a cellular level, Captain Moore wanted to do something to help his beloved, hurting nation. He decided to donate his approaching 100th birthday observance to the NHS (National Health Service) Charities Together campaign by raising L1,000 by completing 100 laps around his 82 foot garden, with the aid of a walking frame.

With resolve, he smashed his target after nearly 800,000 people made donations to his fundraising page. The anticipated contributions quickly eclipsed his L1,000 target, growing to an excess of L17 million! Upon finishing his challenge, he said, “I feel fine and I hope you are feeling fine, too. I never dreamt I would be involved in such an occasion as this. The sun will shine on you again and the clouds will go away.”

His ‘shelter in place’ initiative caught the attention of a world hungering for signs of Easter renewal. He might have said, “I’ve done my part. I fought for Britain, against the tyrannies of my day. At the age of 100, I can surely sit this one out.” But he did nothing of the sort. He recognized the wonderful mystery of Easter: “There’s more, so much more!” And because he did the ‘Moore’ that he could do, many lives will be spared. How many Easter miracles might emerge if each of us tackles the ‘more’ entrusted to us?