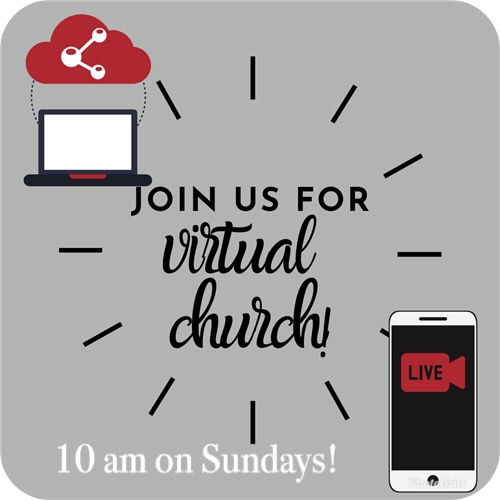 Purpose: the purpose of this message is to follow the Easter Shepherd who rescues us from trouble and leads us to new life.

Friday night I was awakened at 2:30 am by the barking of our dogs. I rolled out of bed to investigate and was troubled to hear the distressed whimpering of Jackson, one of our Westies. I opened the crate which he shares with his brother, Salty, and noticed he could not move. “Oh no,” I said to my wife, “I think Jack may have had a stroke.”

Jack and his brother are 15-years-old and came to us six years ago from Westie Rescue. Three months ago, Jack lost significant muscle tone and seemed to be on his way out. He could no longer stand, and I had to carry him in and out throughout the day. He is particularly attached to me (and vice versa), so I made a bed for him downstairs so that he would not die alone. He was resting while I went to fix supper. As it happened, I burned something and set off the smoke alarm. Much to my surprise, the dog who could not move waddled out to the kitchen to check things out. Seeing how he had revived, we started calling him, “Lazarus.”

Back to Friday night… After settling Salty with Jude, I crawled into Jack’s crate to see how he was doing. He was very distressed, but not because of a medical problem. His collar id tag was caught on a hook which secures the crate wall. I released his collar and took him outside to calm down. After replacing their bedding, we returned Salty and Jackson to their crate and went back to bed—crisis settled in less than an hour.

Like Jackson, there are times when we find ourselves in desperate need of a Savior, a shepherd who will lead us to green pastures, a guide who will direct our paths, a protector who will deliver us from evil, a comforter who will stay with us even as we walk through the valley of the shadow of death. By God’s grace, we have such a shepherd in Jesus, who endured the cross to redeem the human heart, and not only the human heart, but the heart of all we value in the cosmos we call home.

Jesus used the metaphor of a shepherd to describe his relationship with us in John 10:1-10. Let us re-visit his words together…

Jesus spoke these words in response to religious leaders who criticized him for healing a man’s vision on a Sabbath day when no work was permitted. It was his way of telling them they had the accent on the wrong syll-a-ble. Instead of worrying about the
Sabbath law, they should have been rejoicing over the unprecedented restoration of the man’s sight, physically and spiritually. Claiming to be pious, their hearts had no mercy, only legalism and condemnation. Their shepherding of Israel was all about turf–protecting their own authority, preserving the glory of the temple, proving the ‘rightness’ of their particular biblical interpretation.

On another occasion, for example, Jesus took the Pharisees to task for telling parishioners that if they sold their home, giving part of it to temple-work, they would be free of their obligation to use it for the care of their aging parents. Their ‘shepherding’ of Israel was more about what they might ‘take,’ rather than what they might give. They were not true shepherds at all, for a true shepherd would put his or her life on the line for the flock in their care.

I find it disheartening that these life-giving words of Jesus are too often used to talk about who is ‘out’ rather than who is ‘in.’ The passage speaks of Jesus as the Good Shepherd who leads to pastures of life, and as the gate of the sheep-fold in which lambs are protected from those who would prey upon them. Yet I have often heard these words referenced as proof that those without an orthodox understanding of Christian faith are ‘lost’ to God’s kingdom.

Are we like the Pharisees who were so concerned with protecting the Sabbath law that they could not accept or rejoice in the glorious healing of a blind man? As the scriptures say, “There is no condemnation for those who are in Christ Jesus, for the law of the Spirit of Life has set them free from the law of sin and death.” There are thieves who climb over the wall to prey upon lambs. There are thieves who steal, and kill, and destroy, but they are not the ones who approach God differently from the way we do. Do you remember Jesus’ words from the third chapter of John’s gospel? “Indeed, God did not send the Son into the world to condemn the world, but in order that the world might be saved through him.”

Let us ask ourselves this question: “Who, or what, steals life from us, or kills the Easter hope we have, or destroys the moral compass within?” In this time of pandemic, we all feel the theft of our economy. We all feel the fatigue and discouragement of having to ‘shelter in place’ for ‘who knows how long.’ We all feel the destruction of the rhythms by which we measure our days, work and celebration. The Good Shepherd wants to save us from these, but also the bigger enemies of our human spirit: selfishness, prejudice, stubborn pride, revenge, carelessness, legalism, moral bankruptcy, contempt, and yes, loneliness, hunger, disease, sin and death as well. The Good Shepherd wants to save us from all which makes life ‘small, diminished or meaningless.’

The Good Shepherd wants to save us from all which makes life ‘small, diminished or meaningless.’

Regardless of whom we are, we are the spiritually blind, needing the gift of sight. We are the confused, looking for direction. We are the imprisoned, seeking deliverance. We are the orphan seeking family. We are the lost, hoping—praying—the Good Shepherd will find us, heal us, and take us home. Since this is real, we do well to offer one another gifts of grace.

I want to close with a reflection which speaks to our context. The author may be unknown, but I think she or he knows our pause in time very well indeed. It is called, “We Are Not in the Same Boat.”