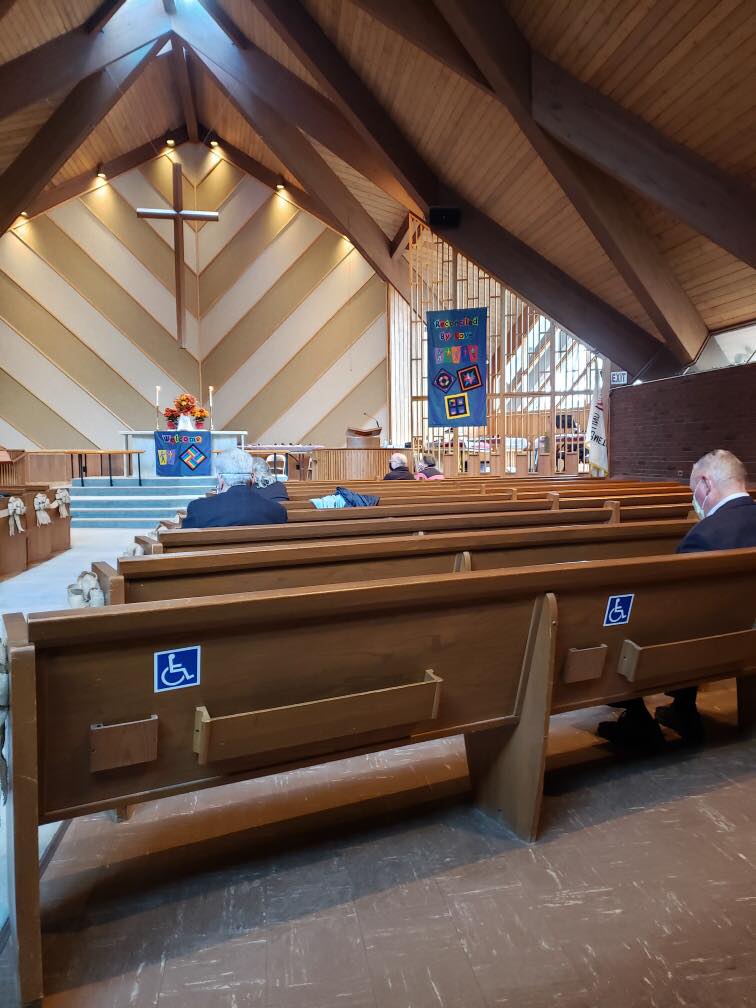 MESSAGE: “What Are We Fighting For?”

Looking for a more involved worship experience? Contact the Church to join the Virtual Worship Service by Zoom Sundays at 8:30 a.m. EST

Purpose: the purpose of this message is to recalibrate our church focus to the priorities identified through the baptism and early ministry of Jesus and to de-escalate anxiety over the national election crisis.

The first is an urgent question. Why are we fighting? American democracy and peaceful transition from one administration to another has often impressed people of other nations, but they certainly haven’t been impressed with us this week. Regardless of one’s political views, all have been dismayed by the breech of our nation’s Capitol building and consequent injury and loss of life. God forgive us. The question seems compelling when we recognize that most, if not all, citizens on both sides of the political aisle want to see America, or more accurately the United States of America, do well.

We might ask it of our United Methodist denomination as well. Since 1972, every four years, our General Conferences have debated the rightness and wrongness of how human sexuality and Christian theology intersect. Often and increasingly, the debate has been intense. At one such Conference, a member of our denominational family almost threw himself off a balcony to certain death in order to protest preservation of the status quo. How we move forward may be answered in August when General Conference meets once again, but the question persists, Why are we fighting?

All in the United Methodist Connection love God and seek justice, seasoned with mercy. We all want truth preserved. We all value the Bible and seek to understand its teachings in light of the times in which we live. We all believe in the intrinsic worth of those who bear the image of God in their DNA. Given all that, the question, Why are we fighting?, is appropriate to ask.

When our last hymnal was created, there was great debate over inclusion of the hymn which we just shared, Onward Christian Soldiers. The hymnal committee recommended an alternative lyric, Forward through the Ages, which is generally the one I invite us to sing. They supported it as an alternative to distance the denomination from the militant language of the original, which, let’s face it, echoes stridently, “Onward Christian soldiers, marching as to war, with the cross of Jesus going on before..”

In the little country church I grew up in, which happened to be Unitarian Universalist, I remember marching every Sunday, following the junior choir anthem, from the sanctuary to the Sunday School wing to the strains of this hymn pounded out on the piano by an elderly neighbor who walked with two canes. We were soldiers of Jesus garbed with his armor: a breastplate of righteousness (whatever that meant to a child of six), a helmet of salvation, a belt of truth, the shield of faith, feet shod with the preparation of the gospel of peace, and let us not forget the sword of the Spirit which is the Word of God. Oh, and almost as afterthought, prayer for the battle.

The final published United Methodist hymnal included both hymns, Onward Christian Soldiers and Forward through the Ages, because the outcry against elimination of the first was so vocal and strong. After all, it was argued, the same Jesus who said, “Love your enemies and pray for those who mistreat you,” (Matthew 5:43-48, NIV), also said, “Do you think I have come to bring peace on earth? No, I tell you, but division.” (Luke 12:51, NIV)

Which is perhaps what pivots us from the first question, “Why are we fighting?” to the second, “What on earth is worth fighting for?” Because there are things worth fighting for. We call the thirties/forties generation, for example, The Greatest Generation, precisely because they courageously and successfully fought the twin evils of the Great Depression and World War II. In our membership liturgy on page 34 of our United Methodist hymnal, we are pointedly asked, “Do you accept the freedom and power God gives you to resist evil, injustice, and oppression in whatever forms they present themselves?”

When John the Baptist announced the coming of Jesus, he used aggressive language, “I baptize you with water, but the one coming after me will baptize you with the Holy Spirit and fire. His winnowing fork is in his hand, to clear his threshing floor and to gather the wheat into his granary, but the chaff he will burn with unquenchable fire.” (Luke 3:15-17, NRSV) When Jesus came to the Jordan River to be baptized by John, he himself received the waters and fire of Holy Spirit baptism when the dove descended upon him with the rumbling words, “This is my Son, my beloved, with whom I am well-pleased.”

We see the effect of Jesus’ mission when the disciples are baptized by the Spirit, speaking unknown languages, and continuing the incredible miracles which marked Jesus’ healing and deliverance ministry. In the liturgist passage from Acts, read earlier, we see folks moving beyond the water baptism of repentance which John preached to the Spirit baptism of transformation which Jesus introduced, announcing God’s kingdom: “The Spirit of the Lord is upon me, because he has anointed me to bring good news to the poor. He has sent me to proclaim release to the captives and recovery of sight to the blind, to let the oppressed go free, to proclaim the year of the Lord’s favor.” (Luke 4:18-19, NRSV)

I captured this spiritual invasion in an additional lyric I wrote for Natalie Sleeth’s Hymn of Promise:

To the river-cradled baby, came God’s call to part the sea.

To the prayer of drowning Jonah, swam a whale redemptively.

As the Jordan baptized Jesus, may his Spirit baptize me,

So, “What on earth is worth fighting for?” Jesus himself instructs us in the prayer he offered to teach us to pray, “God’s kingdom come. God’s will be done, on earth as it is in heaven,” What was it the angels said in our Christmas liturgy a couple of weeks ago? “ I am bringing you good news of great joy for all the people… And suddenly there was with the angel a multitude of the heavenly host, praising God and saying, ‘Glory to God in the highest heaven, and on earth peace among all those whom God favors.’

And who does God favor? Paul points toward an answer in Romans 2: “There will be anguish and distress for everyone who does evil, the Jew first and also the Greek, but glory and honor and peace for everyone who does good, the Jew first and also the Greek, for God shows no partiality.” (Romans 2:9-11, NRSV) Now that is something worth fighting for—that all, and yes, that means all, may find joy, fulfillment and peace in God’s gift of amazing grace.