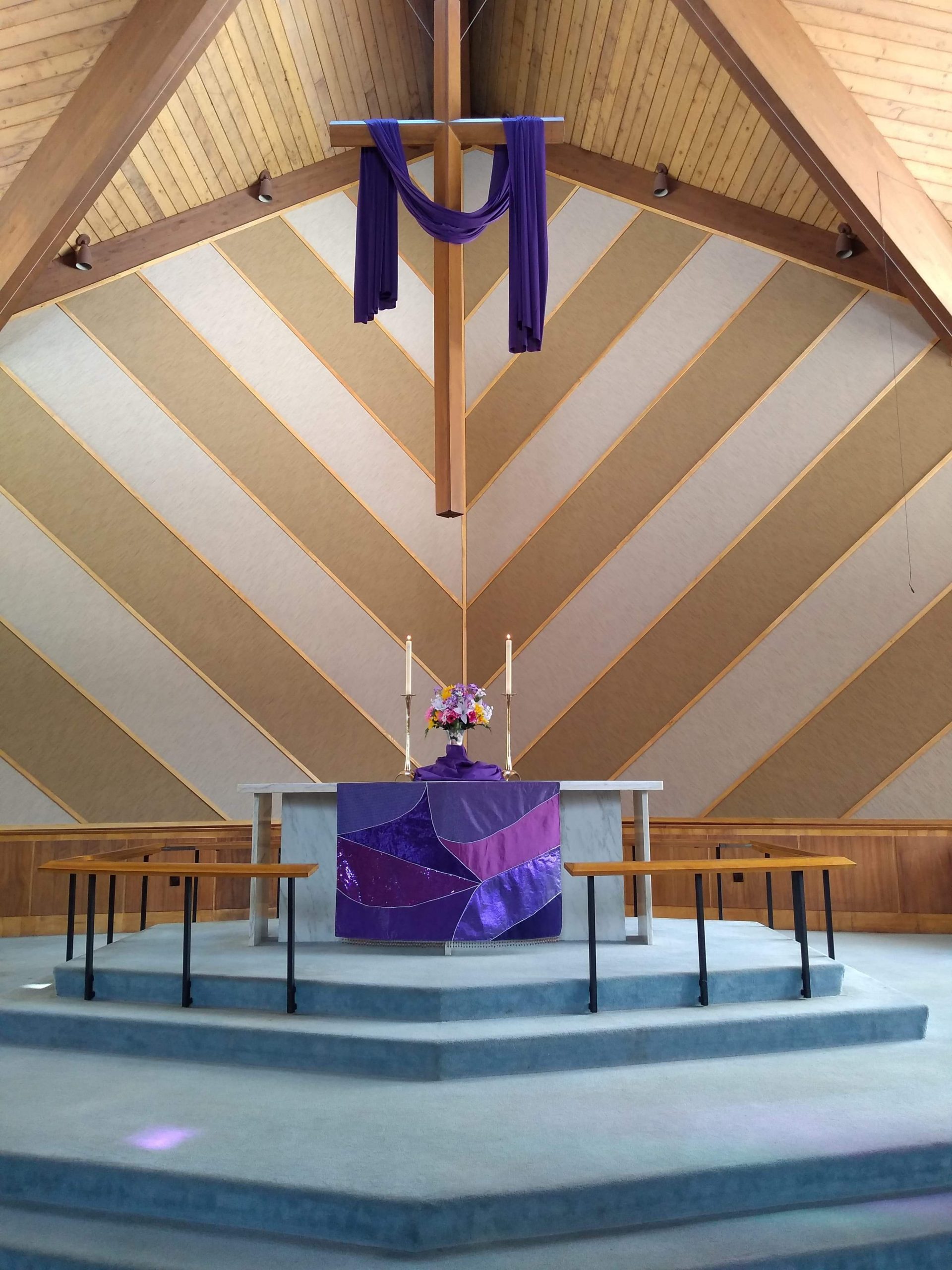 Purpose: the purpose of this message is to embrace the burden God gives as ministry and a gift for life.

Jesus’ prediction of his death and resurrection hit Peter like a brick. “No! This cannot be!” he protested, but Jesus rebuked him as if his was the voice of the Tempter himself. Jesus then made a statement which has challenged, inspired and haunted Christian disciples ever since, “All who want to come after me must say no to themselves, take up their cross, and follow me…” Can as cross, a burden if you will, become the key to life in abundance?

Often, when we find ourselves going through a trial or heartbreak, we seek to withdraw, to lick our wounds, or take a time-out. We are hurting, and we need time to process and recover. Healing is important, but sometimes it comes not from retreat, but from engagement and activity: telling our story, trying once more, starting a support group or caring for another.

Sometimes it is the burden itself that keeps us going. There is a child to take care of, or perhaps a spouse, or maybe a pet. There is a business which demands attention, responsibilities to discharge, or a life to heal. Sometimes it is the burden of God’s work. What feels like a burden in the moment, may actually be the key to recovery and celebration. How dreadful life would be, without a burden to carry!

I have spoken a good deal these past couple of months about a vision God has given which may be described like this: “An unburdened community shaped for healing hurts, habits, hang-ups and heartaches, alive and free!” We will know the vision is realized when all burdened people living in the twin cities (L/A) area are invited into a healing journey, accompanied by others, into health, wholeness and harmony with God.

Next Sunday, we will journey with Christian, a pilgrim whose spiritual progress frees him of a terrible burden at the foot of the cross as he makes his way to the celestial city of peace and love. But before we go there, we do well to recognize that some burdens may be necessary to healing. Lent is a time of spiritual sorting, casting aside the burdens which keep us from the life God wants us to have and enjoy, but embracing the burdens that give life purpose, even perhaps, eternal purpose.

In our gospel text, Peter cannot imagine a world in which Jesus’ execution might serve a purpose, yet Jesus knows it is necessary for the redemption of humanity. He willingly picks up his cross to rest it across the finish line. His determination and follow-thru will become the hinge of human history, liberating all who came before and redeeming all who follow. His cross, his singular burden, disarms the power of death itself, Where before he healed the blind, lame and dead for a season. Now, since the cross of Calvary, he heals the blind, lame and dead for eternity. The burden is not a band-aid; it is a permanent remedy, once-for-all.

What about us? As we rid our Lenten lives from the clutter which weighs us down and prevents us from healing and blessing the world in which we live, what cross-burden are we called to pick up and carry for the salvation and healing of the world? “Why would people gain the whole world, yet lose their lives?” Jesus asks, and the persistent question echoes, challenges, inspires and haunts even into the twenty-first century.

Sometimes it is the burden itself that keeps us going. My wife has a friend who observed the eleventh year anniversary of her 10-year-old son’s passing this past week. He suffocated while playing a risky game with friends. His Mom turned her grief into action by visiting schools, telling their story and warning of the dangers of that particular game. The devastating tragedy became a cautionary signpost for others.

I suspect that much of the urgency Jesus felt in launching his mission came from his awareness that he carried his cousin, John the Baptist’s burden as well as his own. Psychologists may call it survivor’s guilt, but it carries an energy which, with God’s guidance, can be channeled into healing, education and transformation of the world. Jesus understood the fragility of life, and packed as much as he could into the encounters he had from that day forward.

We all need a reason to get out of bed in the morning. Sometimes, I hear people nearing retirement say, “It will be so good to be able to sleep in and relax without having to answer to anyone.” Perhaps it is, for a time. We all need Sabbath and rest, and it seems terribly unfair when someone who has worked hard throughout his or her life is unable to enjoy retirement due to sudden health challenges or loss of life. But the truth is, none of us can live very long without a sense of purpose, without a burden to carry.

A burden can be a tremendous gift. My godmother went through a divorce when she was 30, and raised four kids as a single mom. There were many difficult days, when she struggled to feed them and put a roof over their heads, but she kept at it, because each of those four was worth it–miracles in the making, and as much as she kept them going, they kept her going.

Do you have the gift of a burden? (pause) Not long ago, a woman in the sandwich generation related her experience with her elderly father. What is the sandwich generation? These are the ones who find themselves, simultaneously caring for older relatives and children, often in high school or college. The woman had taken on the responsibility of caring for Dad, who did not wish to go to a nursing home.

The trouble was: he had chronic pain and was constantly irritable. He criticized everything she did, the meals she made, the parenting she offered, the schedule she kept. He fired every visiting aide who tried to work with him, and made life difficult for the rest of the family. She was near the breaking point when someone suggested that she buy her father a dog. “Great,” she mumbled, “just what I need, another responsibility thrown into the mix.”

“No,” her friend counseled, “the dog wouldn’t be your responsibility; it would be his.”

Doubtful, she decided to give it a try. At first, her father was annoyed with the gift. “Why would I want a dog to take care of? That’s the last thing I need!” But over time, he warmed up to his canine friend. Eventually, they became inseparable. His attitude changed. His pain tolerance improved. His self-worth recovered. Max became his reason for getting up in the morning.

Let me offer one last example. Sadhu Sundar Singh, a Hindu convert to Christianity, became a missionary to his people in Indie. Late one afternoon, Sadhu was traveling on foot through the Himalayas with a Buddhist monk. It was bitterly cold and the wind felt like sharp blades slicing into their skins. Night was fast approaching when the monk warned Sadhu that they were in danger of freezing to death if they did not reach the monastery before darkness fell.

Suddenly, on a narrow path above a steep precipice, they heard a cry for help. At the foot of the cliff lay a man, fallen and badly hurt. The monk looked at Sadhu and said, “Do not stop. God has brought this man to his fate. He must work it out for himself. Let us hurry on before we, too, perish.”

But Sadhu replied, “God has sent me here to help my brother. I cannot abandon him.”

The monk continued, trudging off in the whistling snow, while Sadhu clambered down the embankment. The injured man’s leg was broken, and he could not walk, so Sadhu made a sling of a blanket and tied the man to his back. With great difficulty, he climbed back up the cliff.

Determined, Sadhu made his way through the snow and deepening darkness. It was all he could do to follow the path. But he persevered, though faint with fatigue and overheated through exertion. Finally, he saw the lights of the monastery.

Then, for the first time, he stumbled and nearly fell. But not from weakness. He had stumbled over an object in the snow-covered road. He bent down and brushed the snow off the object. It was the body of the monk, frozen to death.

Years later, a disciple of Sadhu’s asked him, “What is life’s most difficult task?”

Without hesitation, Sadhu replied, “To have no burden to carry.”