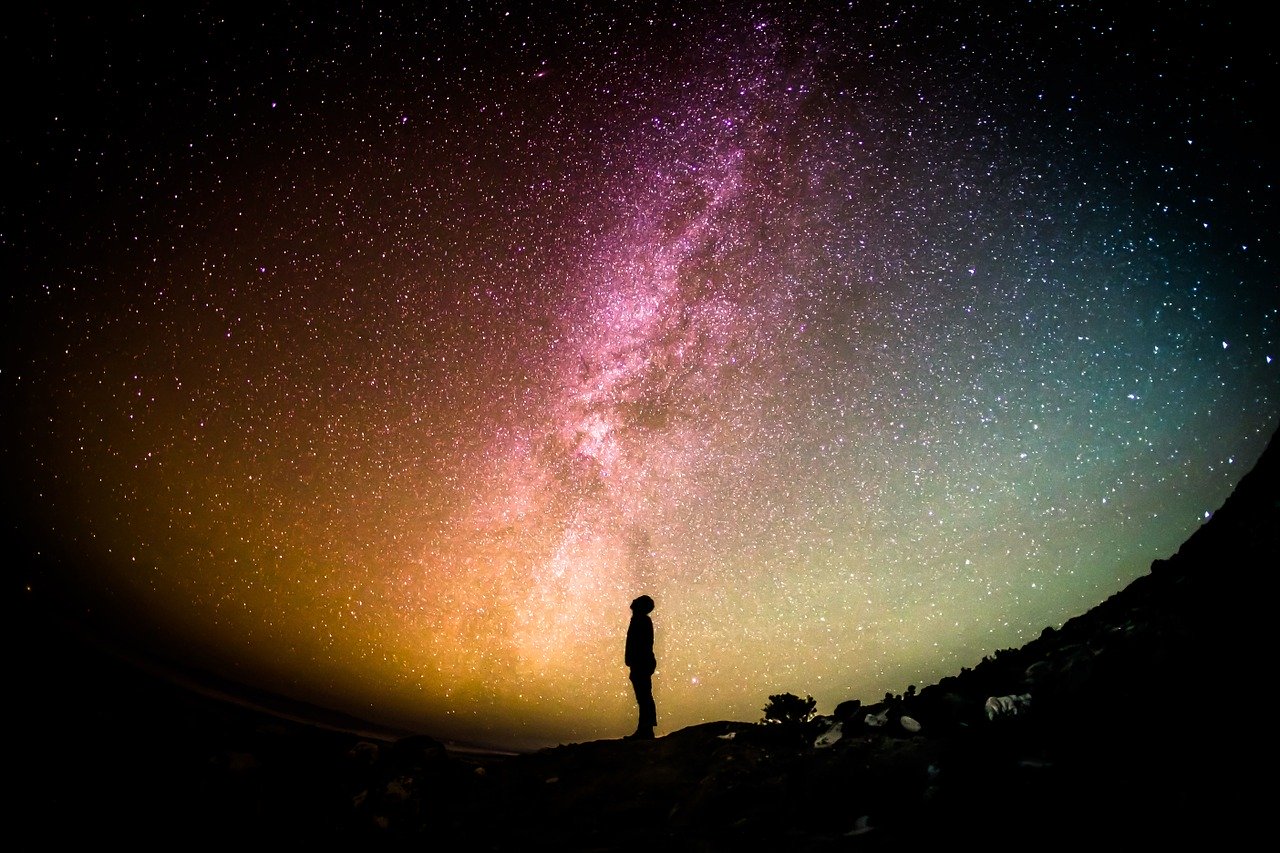 Purpose: the purpose of this message is to release Christ to the heavens so the Spirit of Christ may be released in and through our lives here on earth.

Seventeen years ago, I joined a mission team to help replace the tiered path leading to Asbury Chapel at Camp Mechuwana in Winthrop, Maine. To lay the foundation, we first needed to dislodge several iron rods used in the original design. I worked with a fellow Methodist named Roger who operated a bucket loader to which I attached a chain. Each time he pulled, however, the chain slipped off. Recognizing my struggle with the physics of the project, Roger climbed out of the bucket loader to demonstrate a method for ‘doing a winch.’ Once I understood how to attach the chain, we were able to remove the rods handily.

Just as Roger climbed out of his bucket loader to demonstrate his strategy for the task, so we are called by Jesus to climb out of our church service to share with others our experience with Christ. That may sound simple enough, but many of us struggle with putting words to our faith journey. We may have walked with Jesus for years, attended worship services for a lifetime, yet when Jesus is no longer in sight, we, like the disciples in our morning’s text, find ourselves staring at the heavens, uncertain of what we have witnessed, and hesitant to take the next step.

The feeling is familiar to the human condition. How often have you journeyed with someone, rejoicing in their triumphs and celebrations, listening to their fears and struggles, up-hill and down, through storms of trouble, perhaps even through the valley of the shadow of death and come to the point of ‘What now?’ You stare at a future without that person you loved and depended upon and perhaps feel powerless to take the next step.

Two friends of mine, husband and wife, felt this way a few years ago. Their only son, 24, lost his battle with addiction. For years, they had prayed for him, followed his struggles, staged interventions, used a significant part of their savings to facilitate rehab, yet each time he would relapse, until one day, his desperate, reckless ‘hit’ proved fatal. His parents were devastated, paralyzed by grief, staring at his high school picture as if it could somehow restore what was lost.

Finding they could not move on from their loss, they decided to embrace it. They contacted others who they knew struggled with a similar journey and arranged to meet with them for weekly prayer. They understood the pain from the inside out and were uniquely positioned to offer perspective, hope and strength to those who needed it. As they gave their grief to this new work, their own pain found expression and a sense of purpose. Ever so slowly, their hearts began to heal, the memories of their son came into focus, they gave and felt forgiveness, and they could release a past of regret.

Similarly, even though his disciples were overjoyed at Jesus’ Easter resurrection and experiences with him over the subsequent forty days, when he ascended and disappeared into the heavens, they found themselves at the same crossroad. “What now?” Unlike my friends who lost their son, they actually had a blueprint for the next step, for Jesus promised, “You will receive power when the Holy Spirit comes on you, and you will be my witnesses in Jerusalem, in all Judea and Samaria, and to the end of the earth.”

Yet even the echo of these words could not stir them from staring at the heavens where Jesus had left their sight. “Galileans, why are you standing here, looking toward heaven?” two men in white robes ask, “This Jesus, who was taken up from you into heaven, will come in the same way that you saw him go into heaven.” The promise was spoken and ever since, generations of Christians have looked for the return of Jesus.

I, too, believe that one day, the physical Jesus will return to earth, but I cannot help but wonder if our pre-occupation with eschatology, end-times and ‘Left-behind’ scenarios eclipses the return of Jesus which we read about in the very next chapter of the Acts of the Apostles. The Holy Spirit is the Spirit of God, and the Holy Spirit is the Spirit of Jesus. In other words, Jesus left them to dwell in them!

Please do not dismiss the significance of this. The power of Christ, revealed by the incredible miracles he performed on earth, multiplies in the witness of the disciples who move beyond the temple into Jerusalem, Judea, Samaria and the ends of the earth. The disciples speak in unknown languages. Peter heals a lame man at the Gate called Beautiful. People flock to the Apostles who perform signs and wonders. Outsiders find welcome and instruction. Ananias restores sight to the blind. Paul survives stoning, shipwreck and the venom of a snake. Even the dead are raised to life. If Jesus was gone from the scene, how do you think all of this happened?

Some years ago, my Mom attended a worship event in California led by John Wimber, the author of the hymn, “Spirit Song,” which we will open our service with next Sunday. At that event, he recalled his first visit to a church following his awakening to Christ. After singing the hymns, praying the prayers, listening to the sermon, and giving to the offering, he whispered to the head usher, “When does the ‘stuff’ happen?” Confused, the usher asked, “What ‘stuff’ are you talking about?” “The ‘stuff’ of the Bible–the healings, the deliverance, the feeding of the 5,000, the raising of the dead,” he responded. “Mister,” the usher replied, ‘we don’t do that here!”

As my Mom related her experience of that worship event in California, she said that John Wimber carried a folding chair to the center of the stage, sat down, and began to unroll some lifesavers. Everyone watched as he ate one, waiting for him to speak, waiting for something to happen. And happen it did. All over the convention center, people were touched by the Spirit of Christ. She told of people who prayed with one another, people who were healed, people who wept with a sense of forgiveness, people who found hope to face a difficult challenge, people who came alive to the presence of God.

What about the United Methodist Church of Auburn? Do we do that stuff here? (pause) More than you know. We may not feed 5,000 at once, but we have fed scores of 5,000s. We may not make the lame walk, but we have given PET vehicles which help the lame to walk.
We may not cast out demons, but many have found the gift of recovery and strength in their Higher Power to expel demons of all kinds of trouble. We may not raise the dead, but many who thought they had no way forward have found a new purpose through the ministries and witness of this church.

Sharing the witness of your faith journey need not be fearful. At our January Church Council meeting, there was considerable discussion about how uncomfortable we are with evangelism. Several said it was something they simply could not do. But then Kim Visbaras, our fearless leader, invited those present to share their story of how they came to be a part of this church. I listened as each one related the story of their journey with God and the United Methodist Church of Auburn. Whether we realized it or not, each witnessed to his or her faith.

I want to close by letting you in on a secret. Very often, the healing miracle God created us for is intimately connected to the deepest pain or struggle of our life. Mother-of-Pearl may be a helpful metaphor for appreciating this truth. A precious pearl begins as an irritant—usually a parasite rather than the proverbial grain of sand–in the mollusk shell of an oyster, mussel or clam. Over time, layers of a fluid called ‘nacre’ coat the irritant until a lustrous pearl is formed. Similarly, God never wastes a ‘hurt,’ but uses it to bring healing to the one hurt and others touched by their story.

When your spouse wants to ‘talk things over,’ when your child or grandchild looks to you for advice, when your friend is troubled, when your neighbor is going through a rough time, when you see a person in need, in short, whenever the Spirit of Jesus nudges you, share your witness of God’s grace in your life.